The offering of the eclipse prayer by women along with men.

Narrated By Fatima bint Al-Mundhir : Asma’ bint Al Bakr said, "I came to ‘Aisha the wife of the Prophet (p.b.u.h) during the solar eclipse. The people were standing and offering the prayer and she was also praying too. I asked her, ‘What has happened to the people?’ She pointed out with her hand towards the sky and said, ‘Subhan-Allah’. I said, ‘Is there a sign?’ She pointed out in the affirmative.” Asma’ further said, "I too then stood up for the prayer till I fainted and then poured water on my head. When Allah’s Apostle had finished his prayer, he thanked and praised Allah and said, ‘I have seen at this place of mine what I have never seen even Paradise and Hell. No doubt, it has been inspired to me that you will be put to trial in the graves like or nearly like the trial of (Masaih) Ad-Dajjal. (I do not know which one of the two Asma’ said.) (The angels) will come to everyone of you and will ask what do you know about this man (i.e. Muhammad). The believer or a firm believer (I do not know which word Asma’ said) will reply, ‘He is Muhammad, Allah’s Apostle (p.b.u.h) who came to us with clear evidences and guidance, so we accepted his teachings, believed and followed him.’ The angels will then say to him, ‘Sleep peacefully as we knew surely that you were a firm believer.’ The hypocrite or doubtful person (I do not know which word Asma’ said) will say, ‘I do not know. I heard the people saying something so I said it (the same).'” 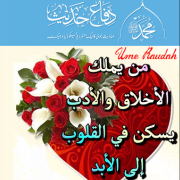